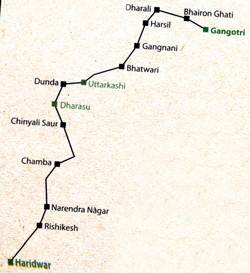 The dwelling house of Lord Shiva for Hindus, domestic of Buddha Demchok in step with Buddhists, the religious seat of strength in line with Bon followers, and the location in which Rishabhadeva, the writer of Jain faith attained Nirvana- Mount Kailash is a hero of mythological legends and a last religious destination. While hundreds of pilgrims strive for this cathartic journey, most effective those absolutely pushed are cabin a position to finish it successfully. And in case you are analyzing approximately it so intently, we’re in absolute confidence approximately your superlative motivation. It is Shiva who has no Aadi (beginning) and no Anth (end). Yes, he’s one among the Hindu trinity that consists of Brahma and Vishnu. But he’s the Supreme itself and Supreme of them all. According to mythology, Ravana created Lake Rakshastal to advantage of supernatural powers by meditating on its banks, in near proximity to Mount Kailash. Owing to the affiliation with Ravana and its useless waters and gusting winds, the lake is given a huge berth by religious seekers.

Welcome for your 'Kailash Mansarovar Yatra - By Helicopter' tour! On arrival on the airport in
Kathmandu, submit customs and immigrations, you may be transferred to the motel. According to the Hindus Mythology, Lord Shiva spends his maximum of the time at the pinnacle of the holy Mount Kailash, working towards Yogic austerities, pleasure and love together along with his divine consort Parvati (Mother of Mythology).
Note: In the evening, attend briefing at the Kailash trip. Overnight in Kathmandu.
Meals: Lunch and Dinner

This morning go to the Pashupatinath Temple. It’s one of the maximum extensive Hindu temples of Lord Shiva withinside the world, placed at the banks of the Bagmati River withinside the jap a part of Kathmandu.
The temple serves because the seat of the country wide deity, Lord Pashupatinath. The temple is indexed in UNESCO World Heritage Sites list. Later pressure to the airport in Kathmandu to board your flight to Nepalgunj (one hundred fifty mts) Flight forty five mins. Overnight in Nepalgunj.
Meals: Breakfast, Lunch and Dinner

This morning, pressure to the airport to board your flight to Simikot (3000 mts).Flight forty five mins. On arrival at Simikot, continue for your motel. Post Lunch continue to hike to the Shiva Mandir and get acclimatized to excessive altitude. The relaxation of the day is at enjoyment for enjoyment sports.
Overnight in Simikot.
Meals: Breakfast, Lunch and Dinner

After breakfast, test out and pressure to the airport to board the helicopter from Simikot for a fifteen minute trip to Hilsa (3705 m). Complete the Nepal facet immigration formalities i.e. take an go out stamp for your passport and continue to Hilsa. On achieving Hilsa, pass the bridge and input the Chinese facet to attain Sher village to finish Chinese immigration formalities. After the immigration formalities, pressure to Taklakot additionally called Purang (four,half m/ 30 km /approx. 1 hour Drive) test into motel.
Overnight in Purang.
Meals: Breakfast, Lunch and Dinner

After breakfast, pressure to Mansarovar (4500 m / approx. three hours pressure) to get your first view of the holy Mt. Kailash and Mansarovar Lake. En course revel in a Parikrama of the Mansarovar Lake and take a dip on the holy lake to carry out Puja. Post Parikrama; get transferred to the guesthouse in Mansarovar. The relaxation of the day is at enjoyment for unbiased sports. Overnight withinside the Mansarovar.
Meals: Breakfast, Lunch and Dinner

Today's trek is among the maximum tough day of the yatra which includes a steep climb as much as Dolma La Pass (5650 mts), the very best altitude of your Parikrama. Stay right here for imparting prayers and to relax. Later, get transferred to the visitor residence in Zuthulphuk.
Meals: Breakfast, Lunch and Dinner

This morning, the Parikrama ends close to Darchen (4664 Mts, 14 Km three-four Hrs) & pressure to Purang (one hundred fifty Kms) the relaxation of the day is at enjoyment.Overnight in Purang.
Meals: Breakfast, Lunch and Dinner

Today, pressure to the airport in Hilsa to board the helicopter to Simikot. On arrival switch from the airport to motel in Simikot and test in. Overnight in Simikot.
Meals: Breakfast, Lunch and Dinner

After breakfast continue to the airport in Nepalgunj to board the flight to Kathmandu. On arrival switch from airport to motel in Kathmandu. Overnight in Kathmandu.
Meals: Breakfast, Lunch and Dinner

Today, bid farewell for your 'Kailash Mansarovar Yatra- By Helicopter' tour, as you get transferred to the airport in Kathmandu on your onward journey.
Note - Suggested to ee-e book your go back flight for your vacation spot submit 1800 hours. Please do deliver us your precious suggestions
Meals: Breakfast