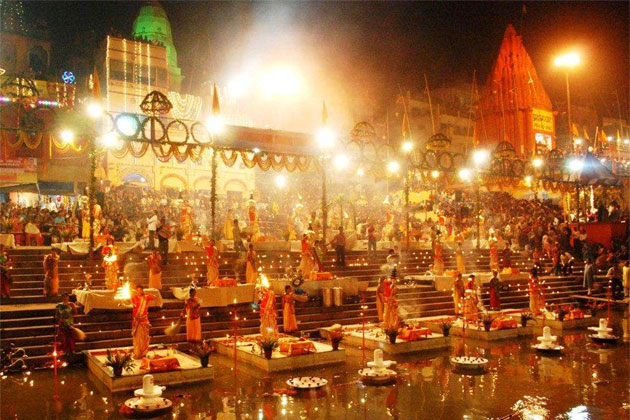 Escape into the city of Lights

With our customized Varanasi tour package

Lot of people prefer the Varanasi Tour Package over trying it on themselves. A Varanasi Tour Package makes it easy for visitors to explore the city without the headache of accommodation and other transport facilities. Varanasi is a place of spiritualism as everybody knows and it is famous for its Ghats on the banks of river Ganga. Varanasi has the temples which are all somewhere linked to the epics of Ramayana and other Hindu religion stories.

Varanasi is a place for both dead and life as per the Hindu belief, some people here dip into the holy water of river Ganga and others are here for the cremation or to got sunk to the end of the river Ganga. Different mythology you can get to know about the different Ghats and temples in Varanasi. It is believed that Goddess Parvati lost her earring on the Manikaran Ghat and the Lord Shiva asks every dead body for her lost earring. So basically there is nothing in Varanasi which is not followed by a spiritual story. If the person is in Varanasi during the evening then they can go for the biggest Aarti of Ganga which is held for 1 hour everyday during the evening time. Temples in Varanasi are having morning and evening aarti every day and the whole crowd stands to worship. You can see that almost every temple in Varanasi is built upon the name of some or the other deity of Hindu religion. Varanasi is not just about the religious tour but also about having fun and exploring the alleys of the Varanasi streets, you will notice how beautiful they are somewhere and the local people lead a different lifestyle.

Varanasi is one of the oldest cities of India and has a lot to offer on your experience list. People prefer exploring it by the way of getting a Varanasi Tour Package for them since it gets easy on fairs and other things. Visitors don’t have to worry about the fair which are applicable, since tourists are the way of earning more money than the local ones. So, it is better to have a guide which is offered in every Varanasi Tour Package for the visitors who guide them for the routes and prices reasonably applicable to every experience. Things vary in every tour package and most of the time it is possible to customize the package as per the need and the number of people are there in the group. For an amazing experience it is recommended to hire a person who is holding a good knowledge of the place and can make you aware of the real facts behind everything. It becomes much of an interesting thing when you know that you are in the one of the oldest city of India and you can see some of the oldest building so far. This Varanasi Tour Package can bring lots of experience to you and you can get the most of it by researching and knowing about it more.

Wide choices of Char Dham Yatra and other packages